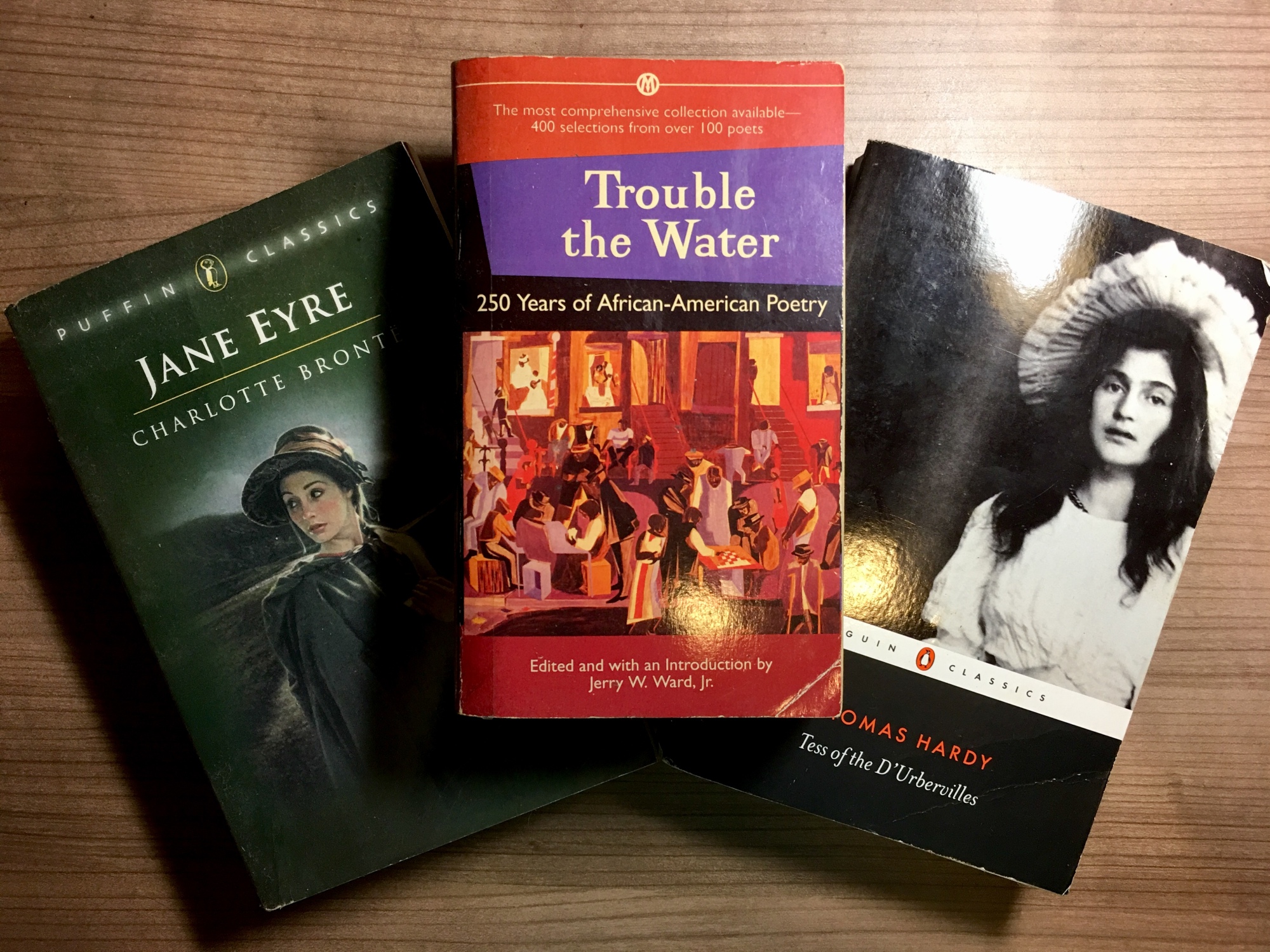 My blog is about trying to tell people why they should read more and why literature is awesome. But I think that there’s a huge problem with the definition ‘good literature’ and how it’s causing people to ‘not read’.

I graduated as an English major two years ago, a rigorous discipline which trots you quite thoroughly over the course of four years through the literary canon hall of fame, from the The Odyssey to Angela Carter; from Sapphic poetry to science fiction. For the sake of this post, I will be using the term ‘good literature’ to mean Western canonic literature usually taught in school syllabi.

I guess you could say that I have a rather good feel of what is traditionally considered “good literature’. And that I have gotten more than the average taste of it.

I love ‘good literature’. But I love comics (and encyclopaedias, the backs of cereal boxes, witty product descriptions, well-written social media captions and The Onion-esque articles) too. I consider them ‘real reading’. But my experiences with others tells me that not everyone thinks the same. To many, ‘real reading’ and ‘good literature’ refer to the literary canon and only the literary canon. It means the kind of material schools would teach in a class. Everything else is ‘casual reading’; not intended to actually improve your English or make you a Certified Reader, whatever that means. (Also, there seems to be a certain air of class/snobbishness attributed to or adopted by those who read the Classics casually).

What is ‘Good Literature’?

Google canonical texts, such as this page from Good Reads, and you’ll come up with a list of authors which include but are not limited to: Herman Melville, Homer, Daniel Defoe, William Shakespeare, F. Scott Fitzgerald, Jane Austen, Harper Lee, the Brontë sisters, Charles Dickens, Nathaniel Hawthorne, Jonathan Swift and John Milton. These authors are all White, middle class and mostly male.

This article writes that the canon was formed by teachers and clergymen in the 1890’s; its texts chosen for their religiosity and didactic: “the way in which canons come to represent the ideology of those who select them. Apart from religious beliefs, other important factors characterized the demographic of the early dictators of the canon… The Western literary canon has historically been dictated by economically secure, traditionally educated, socially privileged white men”.

What’s Wrong with the Literary Canon?

The literary canon rarely includes women, unless these women’s texts aligned with male bourgeoise values, and definitely did not include literature by people of colour or of lower classes, despite the fact that these groups were writing novels long before the canonically recognised first novel, Defoe’s Robinson Crusoe.

The texts chosen by this group of people have indeed withstood the test of time, and till today, are used to define whether or not someone is reading ‘good’ or ‘bad’ literature. To put it simply,  ‘good literature’ (as defined by Literature with a capital L) is elitist, privileged, mostly male, exclusivist and (historically) very White. Literature is reality, culture and experience made word. Defining the literary canon as the only ‘good’ and legitimate literature is equivalent to saying that the white, male, middle-class experience is the only legitimate form of reality the world recognises.

Literature is about the way good stories are communicated so that they become great ideas. It is about the ability to share a personal story and make it universal. Good literature, rather than being defined by disseminating White, male, middle class ideals, should be about exposing truths reality tries to hide—such as Viet Thanh Nguyen’s The Sympathiser or Ernest Callenbach’s Ecotopia for example.

Good literature should be defined by its ability to draw the reader in and make him or her see the world in different ways and therefore challenge the current order of things to make them better. That is why we read. That is why I blog about reading. Notably, the two definitions of ‘good literature’ above do not include being able to consider multiple viewpoints, understanding other cultures, or even basic understandability and therefore accessibility (as many ‘casual’ readers know, most canonical works have opaque writing styles—sometimes I wonder if their abundance of ‘discussable’ material is why they’re the only texts taught in some schools: I have had experiences where almost entire school years were spent translating a text into contemporary English, for goodness sakes!). Besides their content, their basic form is meant to exclude—not everyone has the privilege and time to spend the hours, or dollars, needed to gain a basic understanding of these texts.

Beyond just challenging one’s worldview, reading lists should be given to students not only to teach them to read ‘good literature’. Granted, canonical works have their merits; when dissected well, they do speak to the human condition on a universal level. And because we cannot undermine the influence of the Western culture on the global one, the canon helps us understand to some extent why the world is the way it is, both the good and bad. But the main reason I assign my students reading lists is because above all, I want them to love reading and English. To learn the pleasure of sitting for hours with a book they can’t stop reading. To experience the excitement of learning something new they just read and can’t wait to share with everyone they meet.

For anyone who has read even a bit of Dickens, Shakespeare or Milton, they’d have to admit that the canon’s works can’t always achieve these goals. In fact, more often than not, insisting that  only canonical texts are legitimate literature and deriding all other forms of literature as non-legitimate actually fosters a dislike for reading and animosity towards literature. Hence the oft-heard, very sad statement most adults make that they ‘don’t read’ or ‘aren’t readers’. I argue that what they mean is that they don’t read ‘good’, ie. canonical, literature. But these people are reading indeed: news websites, comic books, Japanese anime, lengthy social media captions that make interesting social commentary, the news, and other not-canonical novels. They just don’t ‘read’.

Why We Read Literature

I always say that as long as the text is written well, ie. with good English, perfect grammar, etc, it should be considered legitimate reading material. Reading books from other genres like science are history are considered reading. They may not teach about bourgeoise men in 19th century England or America, but they are teaching something, and for the sake of English, exposing the reader to good English, which helps immensely especially for children and non-native speakers trying to learn the language. Comics may not be written in the academically accepted prose or poetry, but as long as the storyline is well-developed and the writer uses good grammar, people should not be discouraged from reading them. They not only foster the love of sitting with a book, but can surprisingly teach readers the art of good dialogue and design amongst many other things.

I’m not calling for the canon to be abolished completely, but for Literature with a capital ‘L’ to be more inclusive, less elite, and more open to all forms of literature. What is ‘good’ literature if it only positions itself to be enjoyed by certain groups and speaks to only their experiences? Literature, like the human experience it speaks for, is much bigger than that.

And to all educators and parents, do encourage your children should they choose to read non-canonical forms of literature. These kinds of content are accomplishing a lot more than they let on.

Good literature is everywhere, and in all sorts of forms that help us live better and bigger. So let’s widen its definition already.

So whether you’re reading Shakespeare or Spiderman today, happy reading!

4 thoughts on “Why So Many People ‘Don’t Read’: The Problem with ‘Good Literature’ and the Literary Canon”