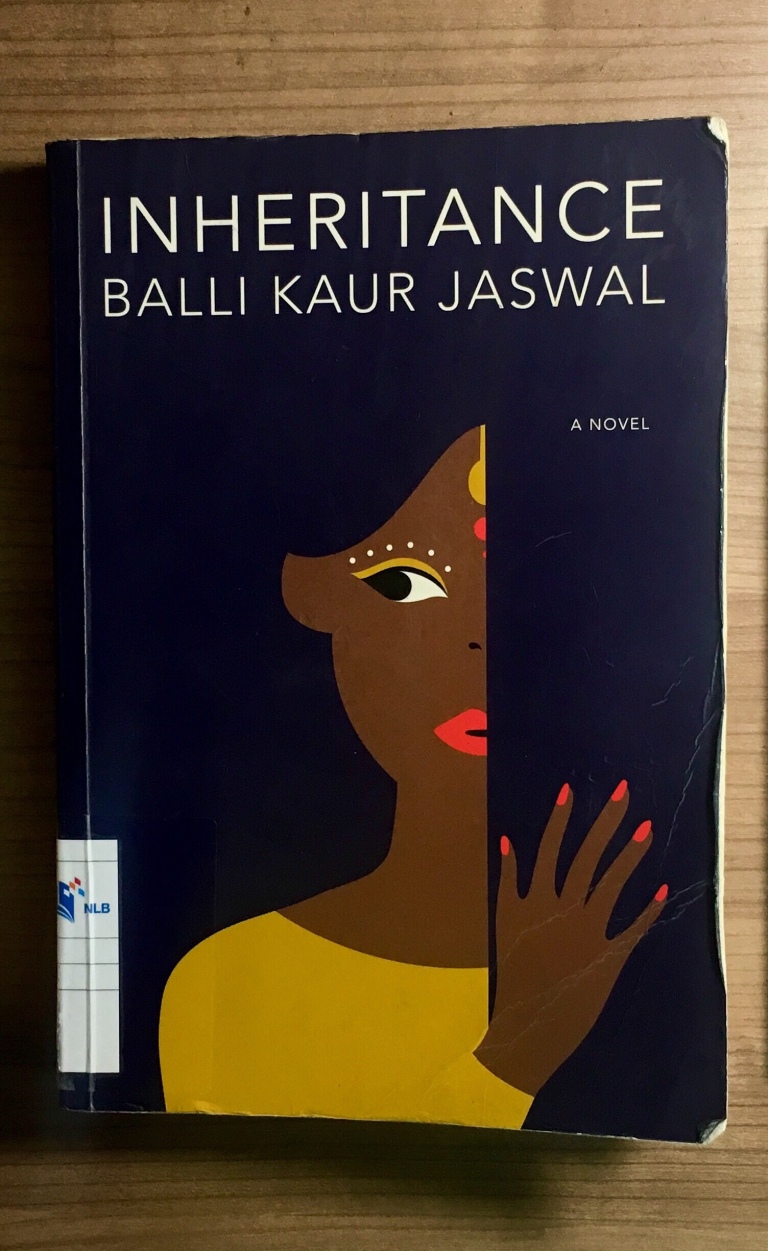 After the workshop I attended with the lovely Ms. Kaur at the Young Writers Festival, I headed to the library to look for her works and picked up her novel, Inheritance.

Inheritance is set in Singapore in the last few decades of the 1900s. It describes a Singaporean Punjabi Sikh family dealing with both its children’s coming of age and Singapore’s shockingly rapid transformation from third world country to first world metropolis.

The family consists of the father Harbeer, as well as his children, Narain, Gurdev and Amrit. As the reader follows the evolution and descriptions of this family, he or she realises that beyond the obvious dysfunction, their ties are bound by a deep love and loyalty.

Inheritance is not only a story about family; it is at once a criticism of and heartfelt love letter to Singapore. Its pages sing with the hope of a country’s bright future, yet is underlined with the sting of a lover smited. Jaswal’s careful attentiveness to the island’s landscape casts the dull concrete jungle of Singapore in a tender light that softens and amplifies its harsh outlines. The narrative yearns to embrace Singapore. Yet, Singapore, with its unrelenting race towards progress, resists such attempts; indeed, one of the novel’s main criticisms is about the imbalance and inhumanity of such progress.

Amrit, the sister, is the center of gravity around which the family orbits. Wild, loose and reckless, she constantly brings shame to her family. She has no regard for the expectations and decorums of her Sikh community. (It is discovered nearly thirty years too late, that she has bipolar disorder.) Her family’s time is spent on multiple attempts to bring her under control– marrying her off, threats, kicking her out of the house. Her inability to fit in, let alone be successful, in Singapore is a testimony to the country’s intolerance for anything beyond what is traditionally considered ‘normal’. Her blatant shortcomings amplify the brutal way the one-size-fits-all Singaporean mould discards misfits.

Narain, the brother, is gay. He longs to do his family and his community proud, but his homosexuality is seen as a crime in his country. His life revolves around his illegal, hesitant trysts with various gay men as well as taking care of his sister Amrit. He wants to belong, yet his responsibilities towards Amrit and his preferences cast him, like Amrit, beyond the spectrum of normalcy and therefore acceptability.

Their father Harbeer is haunted by the ghost of their mother, Dalveer, who dies birthing Amrit. Dalveer symbolises ‘old’ Singapore, with its old ways of organisation and thinking, its superstitions and traditions. She, like the former Singapore, is always in the shadows of the country’s ever growing concrete towers; in the background of her increasingly tenuous family as they grow apart and together. She represents the death of tradition at the birth of modernity. For better or for worse, traditionality is a ghost the country cannot evade, despite its frantic attempts to shake it off its back.

The overt inheritance in the novel refers to an actual legal inheritance: land money from Harbeer’s late father. Yet, heritage is a multifaceted, double-edged sword in the novel. As adults, the children realise that their father has been talking to the ghost of their mother for the past several decades. Out of compassion, Amrit suggests to Harbeer that the chemical imbalances affecting her might be genetic. That unwittingly, he might have given her an inheritance of madness, a curse of looking at the world out of the wrong side of the eyeglass. Glass and concrete facade aside, new Singapore has its roots deep in old Singapore.

Over the past few decades, Singapore has gained wealth, modernity and worldwide recognition. But this glossy veneer has been bought with heavy price: the humanity (humanness), the compassion of its culture and its people. Inheritance is at once a joyous celebration at Singapore’s triumph, and a memorial to all it has had to shed on its way to the top. It is an ovation to the benefactors of such progress, and a letter of condolence, a nod of recognition, to those who cannot, and will not, fit into the country’s harsh mould. It is a realistic look at the state of, and hopes of, Singaporeans.